In the context of exploding fuel prices, the electric vehicle represents a still expensive alternative. This is why Ford is betting on Flexifuel, with engines running on E85. We tested the Puma with light hybridization running on biofuel for a week.

Despite future electrification throughout the market, manufacturers are still playing pragmatism. For Ford, this comes in the form of a range of vehicles that run on Superethanol E85.

This technology was first present in the Kuga, and several new models now have it, including the best-selling Puma. Hybrid crossover, or more precisely accepts micro hybridization. It is a 48 V alternator-starter to support the heat engine.

It is a block of three cylinders and 1 liter of displacement, generating 125 horsepower. We traveled 1300 kilometers behind the wheel, in a Puma with Titanium X finish.

This attractive design and comfort on board comes at a price

With its bodybuilt Focus appearance, the Ford Puma appeared there. Visually, and if you like the look of crossovers, you can’t fault it. The proportions are successful, the lines are sharp, and the visual impression is dynamic. This profile worked well enough to make the model a rally vehicle, as Ford uses the Puma Rally1 in the world championship.

But once on board, you understand what this aggressive look entails. In fact, the belt line is very high in the model, and does not leave a huge impression of space, with more reduced glass surfaces.

The cabin is not the most spacious, but we do not expect anything with its 2.58 meter wheelbase. Unfortunately, it’s also a question of the impression left by this high bodywork and this sweeping roof line.

Once behind the wheel, we noticed that the Puma’s chassis has good balance. The manufacturer took advantage of the low profile engine to not put too much weight on the front. Still, it’s a small platform, and Ford also played with the suspensions to add comfort.

Here again, the result is very good for a vehicle of this size, but it also comes with a price. The suspensions’ very flexible setup makes body roll in turns confusing at best, worrying at worst in long curves.

In truth, the Puma’s road holding remains decent despite its increased ground clearance. But this roll and the impression of softness of the chassis give it a sometimes vague character that must be understood. 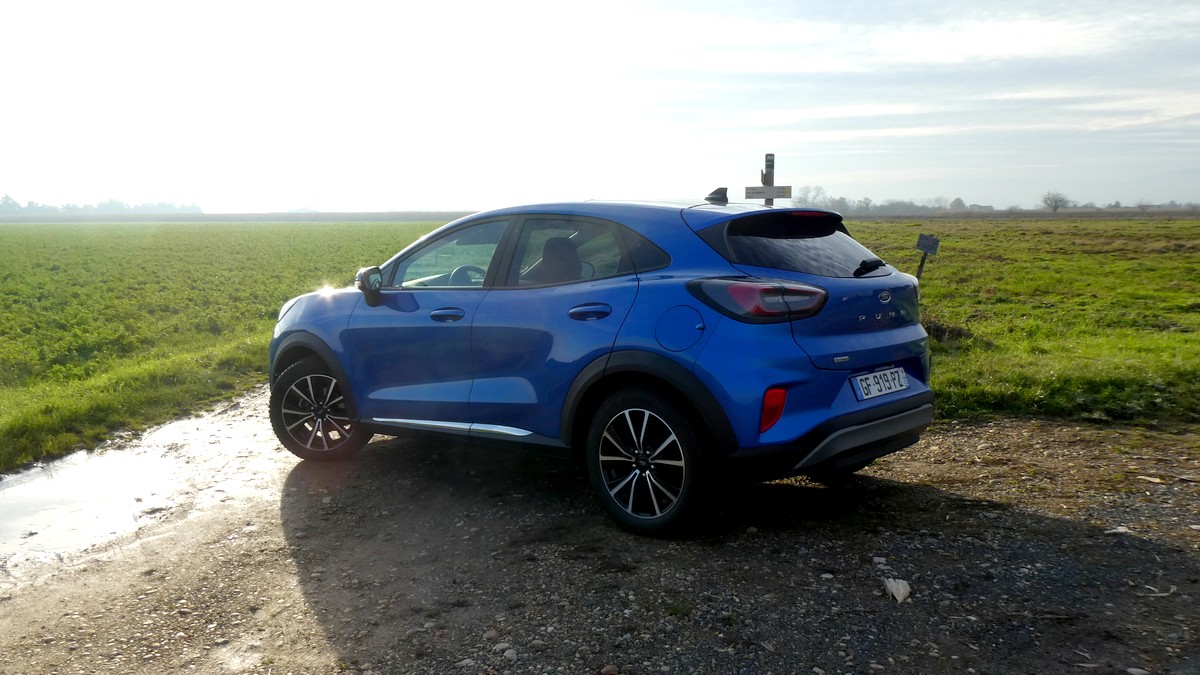 Careful hybridization and an efficient gearbox

The micro-hybridization of the machine is the least of it. Note that this type of assistance does not provide 100% electric mode. This is an aid to compensate for dips in the internal combustion engine at start-up and at low speeds.

We recognize without problem, moreover, that the acceleration curves of Puma Flexifuel are correct. But this system does not work miracles, and the shortcomings of three cylinders quickly show.

If the starter-alternator is doing work at low speed, it will not help when you reach a certain rhythm. And it is precisely in reminders between 80 and 120 km / h that the Puma suffers. Despite the hoarse efforts of the block, it was very difficult to revive the 1280 kilograms of the model.

It will be necessary to drop a report or two to achieve this but despite this, the times remain shy. The six-speed gearbox is a nice surprise in this model. Shifting is smooth and quite accurate.

However, we can regret the too short presentation of the gearbox. The car advises us of perfect gear changes to consume as little as possible, but it suggests that we go to sixth gear from 80 km / h.

Unfortunately, it is felt with a lower downshift efficiency to relaunch, and at an engine speed that can be more limited to 130 km/h, by extending the gears a little. But let’s not hide our pleasure, having a nice mechanical box may be for some and some a pleasure that has become rare.

A very well made interior

As has been the case again for several years with Ford, the interior leaves a very good impression. In this version of the Titanium X, the upholstery is a mixture of cloth and leather. The door panels are also offered in leather, and the plastics are generally of good quality.

The assembly is also correct, and the central console, simple, is clear and practical to use. The latter is overlooked by an 8-inch touch screen that offers SYNC 3. Android Auto and Apple CarPlay can also replace Ford’s in-house system.

We only use Google software, and compatibility is perfect. The highly responsive touchscreen helps in particular to take advantage of Android features.

A second 12.3-inch screen displays the instrumentation behind the steering wheel. The blue-accented design is clear and modern, without being complicated. And above all, we find all the important information in a simple way, while the customization of the display is seamless.

In terms of interior comfort, the upholstery is quite firm, but the softness of the suspensions helps to compensate for this. We appreciated the very effective heated seats, included in the tested model’s winter pack.

In terms of habitability, the front seats will need to be favored for tall passengers. At the rear, we clearly compensate for the 4.20 meter vehicle template, while the sloping roofline limits headroom.

The volume of the trunk is 402 liters, because Ford carefully took advantage of the lack of a spare tire. Under the trunk floor is the MegaBox, a large cubic cargo space. It even has a plug that allows you to wash the space with water, and therefore carry dirty things. With the seats folded, the cargo volume reaches 1600 liters. 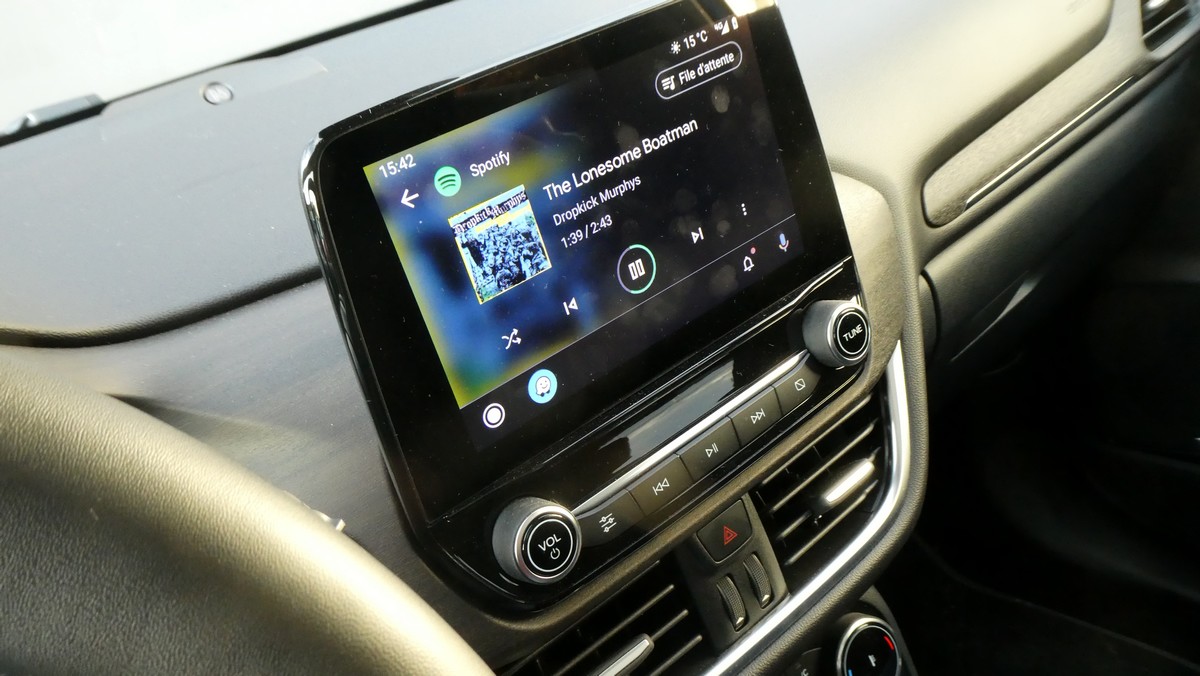 Micro-hybridization and E85, a winning cocktail?

We come to the heart of this test: what is the value of Puma hybridization, with the E85 system? In fact, Ford has put micro-hybridization in the form of a 48 V alternator-starter. And in terms of fuel management, Ford’s Flexifuel system is autonomous.

As in all other vehicles in the range, the computer manages the injection according to the current fuel. You can drive with SP95, E10 and E85 without care. The only thing to be aware of is that E85 is a little more sensitive to cold, and the Puma needs to warm up if biofuel is present in the tank.

Consumption is necessarily higher, around 10 to 20% according to Ford. However consumption is correct on the road and highway, less in town.

Find a smile at the pump

As stated above, the presentation of reports is not necessarily optimal. One can imagine that in a longer box, especially in the fifth and sixth gears, the consumption is more controlled at 130 km / h. We are currently at 3000 rpm at this speed, and this is not an ideal speed to limit consumption in this vehicle.

Finally, in the city, consumption is the highest. Despite the effect of micro-hybridization, it is very difficult to drop below 8 l/100 km/h in urban areas. We noted a consumption of 8.6 liters per 100 km/h in our 100% urban test, while taking care to shift up and down the gears according to the car’s demands.

Throughout our test, which consisted of just over 50% motorway, around 30% country and 20% city, the average consumption of the Puma was 7.8 l/100 km/h. What is the average current car fuel, though expect less from a small engine.

However, all this is quickly forgotten when you have to go to the pump. In fact, at the current price of around €0.85 per litre, E85 is very, very profitable. The refueling of the Puma, whose tank contains 42 liters, is actually less than 35 euros. And for this capacity, we can approach 600 kilometers of autonomy, making it a very economical vehicle. 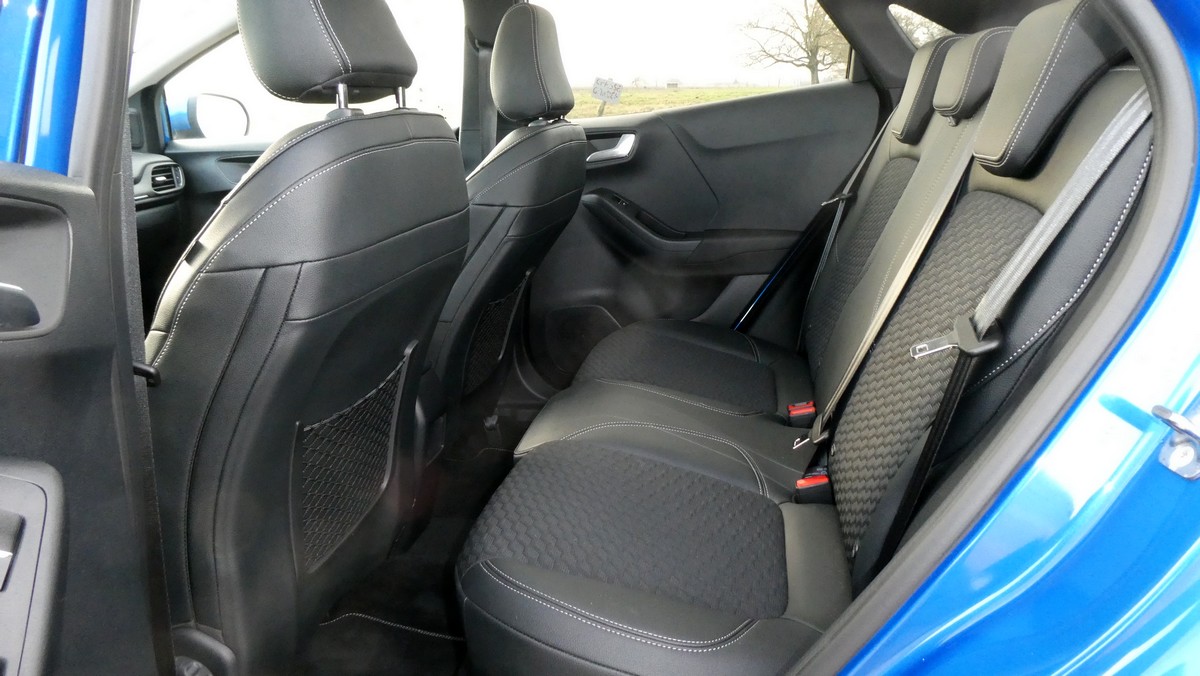 In conclusion: a car for what purpose?

As for a vehicle equipped with a Superethanol box, the big advantage of this Puma E85 hybrid is the price at the pump. In addition, micro-hybridization brings its share of savings, with controlled consumption.

But when analyzing this test, a question arises: what audience is this car for? In fact, with its reduced size, one might think that it was mainly designed for urban life. But despite the light hybridization, the city is not his favorite playground.

Highway? The Puma is comfortable there, but its engine speed and rather stiff upholstery do not make it a good ally on long trips. There remains the second road trip, where the small hybrid crossover proves its advantage.

In fact, it would be the perfect vehicle for daily driving – as part of a trip to work for example – on national and departmental roads. And for people with long trips, the ability to limit the charge at the pump is a big plus.

So we wanted it to be more versatile, especially given the promise made by the name SUV. The price of the tested model, at 28,150 euros, also encourages this desire for a more versatile vehicle. In reality, this is a B or C segment vehicle, not really a city car, but certainly not a sedan. But used properly, this Ford Puma hybrid E85 will be an impeccable ally.