Developed by Serbian studio Mad Head Games, Scars Above is a third-person action-adventure game set in a terrifying sci-fi universe. Taking inspiration from popular games like Returnal or Dark Souls, Scars Above opens us up with a preview covering the first three chapters. A look back at a game that could create a small surprise at the beginning of 2023.

Best known for incredible Pagan Onlinewhich went offline due to lack of players, Mad Head Games is also a prolific developer of adventure games and point and click in 2D like Adam Wolfe as well as the Nevertales series, Cadenza or Rite of Passage. Based in Serbia and more recently in Bosnia and Herzegovina, the studio is attached to Saber Interactive, itself owned by the Embracer group. But while he almost fell into oblivion after the failure of his hack and slash online, his new creation may allow him to return to the front of the stage.

Scars Above is presented as a third-person action-adventure game where you play as Doctor Kate Ward, a scientist member of the SCAR (Sentient Contact Assessment and Response) group whose mission is to study a massive structure that has appeared in Earth’s orbit: the Metahedron. But the space mission does not go as planned and a strange phenomenon takes the ship and its crew to an unknown world. Separated from her group, Kate wakes up in the middle of nowhere and must find her companions by surviving in this new and hostile environment.

If the pitch has a slight taste of deja vu, it’s because it has some similarities to the Coming backthe game developed by House brand for playstation5. We are both put in the shoes of a lonely woman who wakes up in an unknown and terrifying world, probably extraterrestrial, following a strange phenomenon while flying in space. However, rest assured: the comparison stops there, because if the environment is very similar, the gameplay completely different. If Returnal is an adrenaline-fueled third-person shooter where death means starting over, like a rogue lite, Scars Above offers a quieter alternative, closer to a Soul – yes, them again -, with corresponding campfires in the form of pillars, which allow you to save your progress, recover your life as well as your ammo and if you die, you go back to the last activated column. If these similarities can be disappointing, it is without counting some unique features of the game that allow Scars Above to stand out, especially thanks to its combat system. 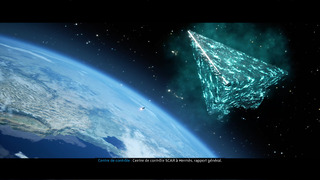 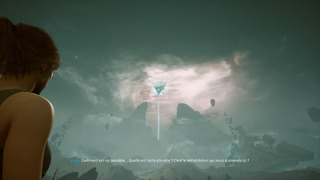 Abandoning the swords and shields of medieval fantasy, it puts in your hands a faster sci-fi weapon that fires elemental bullets. You are allowed four types of ammo: electric, flaming, jelly, and acid. Each of them allows you to exploit the enemy’s weaknesses and take advantage of certain conditions such as wet ground for electrocution or flammable materials to burn everything around and thus avoid direct confrontation, which is more dangerous. In addition, they also allow you to unlock certain areas like in a Metroid – another undeniable inspiration from the game where doors only open if you have the right weapon. To fill your arsenal, you still have the right to a blade, whose usefulness is limited to cutting branches and killing some alien spiders to save ammunition. Another particularity is the presence of small puzzles and other interactions with the scenery, which will ask you to scan the objects, use the different types of bullets correctly and take the time to look at the around you It’s not a panacea, but it helps to calm the pace a bit, to see something other than the sometimes tedious fights and to expand the range of possible actions while logically integrating them into the journey said Kate. 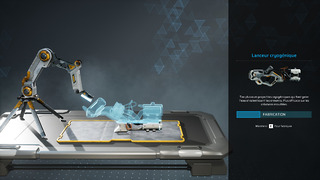 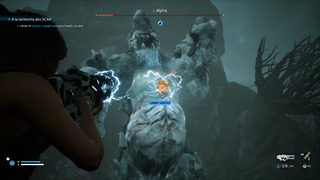 In the game, the grip is quite pleasant and if we can regret a certain seriousness in Kate’s movements, the creatures are slow enough not to bother. We find our bearings very quickly because the handling is classic and approaches the Souls. It may not be very original, but it works and that’s all that matters. Using the weapon is done with triggers, changing the bullet with a directional cross and if you need to heal yourself, recover your bullets or even create a protective field around Kate, the game offers a whole pile of things available thanks to filaments, a recoverable resource in corpses. It’s also possible for you to dodge, though you have to anticipate because action has no reactivity. As for the creatures, they all have their own strengths and weaknesses, which can be found out through the scanner, and will sometimes give you difficulty, especially the bosses, who are quite tough and probably the main ones cause of your future death. Each of the three chapters covered has brought new enemies, with different designs and behaviors, which should remove the feeling of boredom throughout the game. Finally, the difficulty proved to be fairly balanced, as was the pace, though some pillars seemed a bit far from others. It’s obviously not a walk in the park, but between the choice of three difficulty levels available and very little death penalty, everyone should find something for themselves. 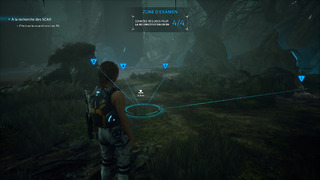 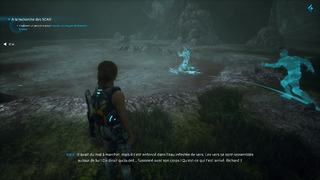 To facilitate her journey, Kate gains experience by killing certain enemies as well as collecting knowledge cubes. Once 100% is reached, Kate gains a level that gives her a point to allocate to a skill tree. Thus Kate can increase the amount of available ammunition, her life points or her endurance, improve her resistance to enemy attacks, increase the amount of transportable filaments, reduce the time of weapon reloading and more. Enough to make Kate’s trip a little less of a nightmare.

As for the technical aspect, this is unfortunately the point that fails a little. If the game is running stable, it causes the graphics card temperature to rise abnormally, forcing it to crash at 60fps to stay within reasonable levels. This will surely be corrected over time, the game is still in development and the build is probably quite old, but it is quite surprising to see such ridiculously high numbers. Visually, the game works well, despite some shortcomings in animations, especially during cutscenes, as well as in lighting and shadows, which cause surfaces that lack comfort. It’s obviously not the most impressive game to come, but the art direction more than makes up for the slight lack of technical ambition. Some landscapes are very beautiful and the world created by the artists of Mad Head Games easily arouses curiosity and the desire to know more, such as some mysteries surrounding the reasons for Kate’s shipwreck and disappearance of the other crew. 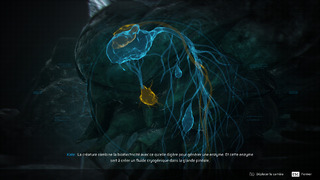 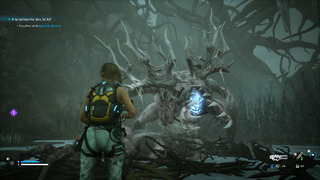 Finally, note that the play is fully translated into French and even better, it benefits from full dubbing in the language of Molière. If the latter may lack a little confidence and even surprise in some pronunciations, his presence is a real plus, which should please the players not so comfortable in English.

After three chapters in Scars Above, we can’t wait to play it more, to continue exploring the dark and fantastical universe with Kate. The game does not change anything, it is not that original and maybe relies a little on the achievements of other games that served as references, but nevertheless it manages to find the right balance in its rhythm and gameplay, quite soft, but effective. If we hope that the last weeks of development will correct some technical shortcomings, this first taste is very good and Scars Above could be the first small surprise of 2023. 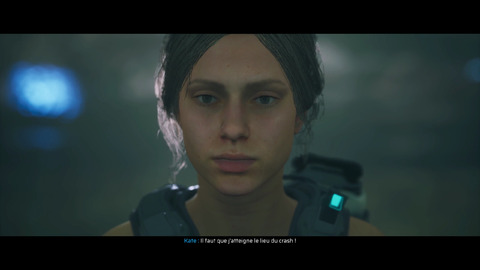 Scheduled for February 27, Scars Above will be released on PC, PlayStation 4 and 5 as well as Xbox One and Series X|S.

Preview made by Lianai from the PC (Steam) version provided by the publisher.