Skip to content
by aeronix.comPosted onJanuary 5, 2023
Laia Abril continues with him “history of misogyny” together We were raped, a second chapter presented in early 2020 at Les Filles du Calvaire gallery and now recorded in a moving book. In this new section, the photographer sheds light on rape culture and the institutionalization mechanisms that perpetuate it.

“On July 7, 2016, Alfonso Jesús Cabezuelo (27, soldier), Antonio Manuel Guerrero (27, military police officer in charge of gender-based violence cases), José Ángel Prenda (26), Jesús Escudero ( 26) and Ángel Boza (24), members of La Manada (The Wolf Pack), the gang raped an 18-year-old woman and filmed the entire attack during the San Fermín festival in Pamplona, ​​​Spain. » It is with this ominous sentence – accompanied by a monochromatic, noise-marked photo of the five attackers – that begins We were raped by Laia Abril, photographer and journalist by training. If the mere mention of this local news is enough to incite outrage, the horror doesn’t stop there. “The court only found them guilty of a minor offense of “sexual abuse” due to “lack of evidence of violence”.he explains in an introductory note on the next page. The defense argued that 96 seconds of video footage was taken by the attackers – which [la victime] froze and closed his eyes – a sign of consent. »

Following the verdict, the largest feminist demonstration organized in the country’s history took place. Participants demanded the rewriting of sexual assault laws and increased penalties. A year later, the Weinstein affair and the rise of the #MeToo movement shook the world. In this context, Laia Abril thought of her second chapter History of Misogynya big project that started in 2016. In In Rape: And Institutional Failure, the Spanish photographer wants to understand the reasons why the judicial authorities neglect the victims and even encourage, on the contrary, the doing of such acts. In fact, the implementation of related laws tends to maintain power dynamics and established social norms that are unfavorable to women.

The prevalence of rape culture

“By tracing the course of history, I try to identify gender stereotypes and myths, as well as prejudices and misconceptions that perpetuate rape culture. To avoid the function of systemic society that blames victims, I decided to move visual storytelling to institutions, making this book an opportunity to address transgenerational trauma and social responsibility”, explained Laia Abril. To this effect, the scarlet book highlights passages in large letters that alone occupy several double pages and sets the tone. “If you weren’t there that night, none of this would have happened to you”said Jacqueline Hatch, a retired US state judge in 2012. “When rape is unavoidable, lie down and have fun”we owe a debt recently to Ramesh Kumar, leader of the Indian Congress.

Furthermore, we can still read these statements, in 2007, by Bernardo Álvarez, then bishop of Tenerife (Spain): “There are 13-year-olds who are perfectly fine with it and, what’s more, they love it. They push you even when you’re careless”. This last disgusting quote was written on a fold-out double page back where it was hidden “more than 3,000 portraits – found in online survivor databases – of Catholic priests accused, prosecuted and/or convicted of groping, sexual abuse and rape”, let the photographer know. Justice, politics, religion… No opportunity in the world seems to have escaped the spread of rape culture.

Between these stereotyped aberrations, another truth emerges. The testimonies attached to the clothes worn at the time of the events are related to strange objects, visual archives and popular beliefs, traditions that are still present. Among them, we can see in particular the law that, in some regions of the world, obliges the victims to marry their aggressor when, in others, the crime is still used as a weapon of war. The author also mentions marital rape, the social construction of virginity and the “schedule rape”, a feminist theoretical concept first articulated by Dianne Herman in 1984. The term refers to the conditioning of women to reconsider their daily behavior in order to protect themselves from possible harm. Institutional failures are exposed throughout the pages, as well as the systematic control of women’s bodies across time and culture.

In this book, as in the previous one, titled On Abortion (2018) and focusing on abortion, Laia Abril chooses an approach that ignores chronology. Summoned elements, interspersed between these pages, reconstruct the story, reinvent spaces and times, and do not cure the universal aspect that constitutes the rape drama. The connections between past and present are frightening and can only challenge the reader about the urgency of ending this trivialization of misogyny. 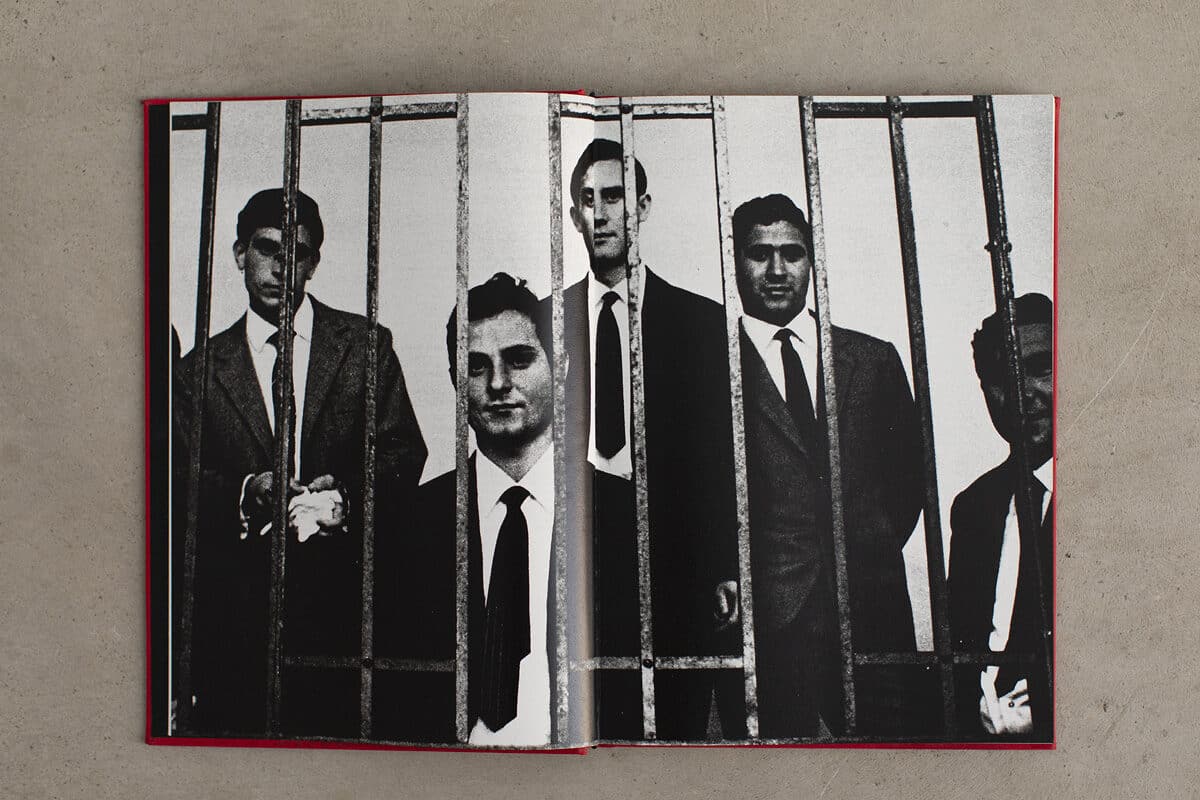 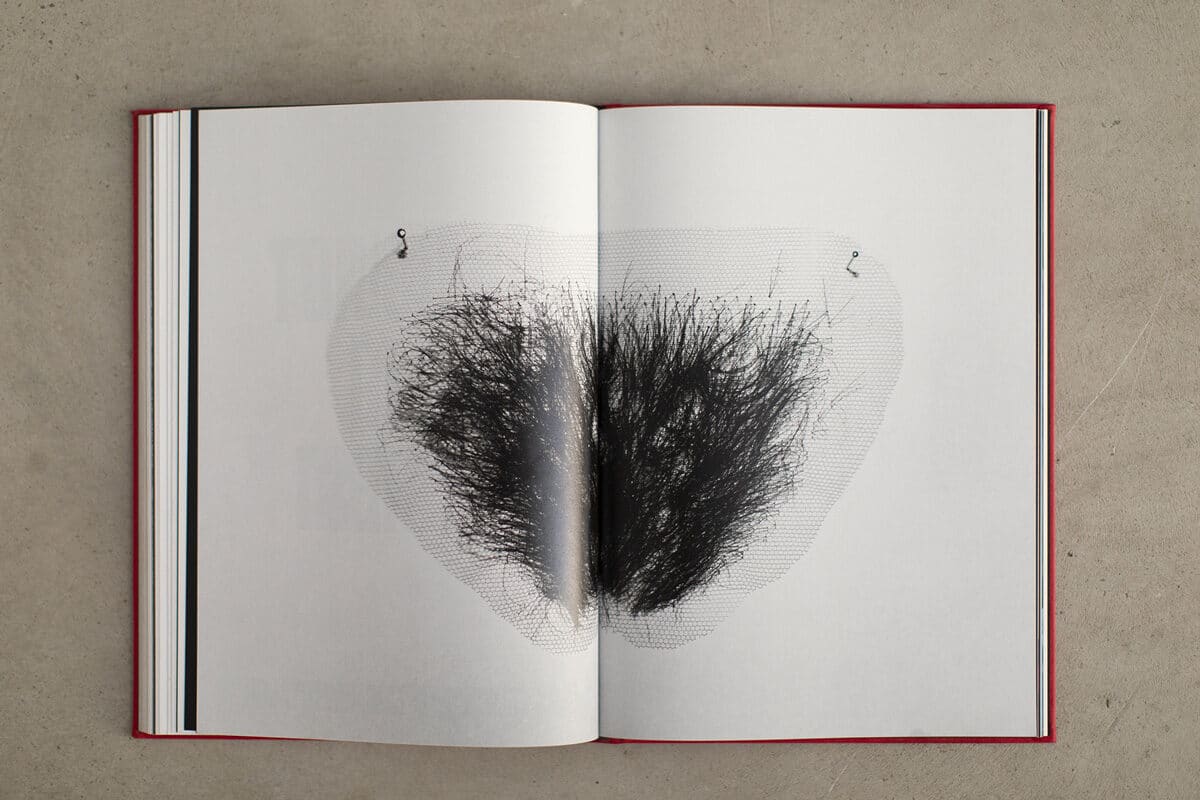 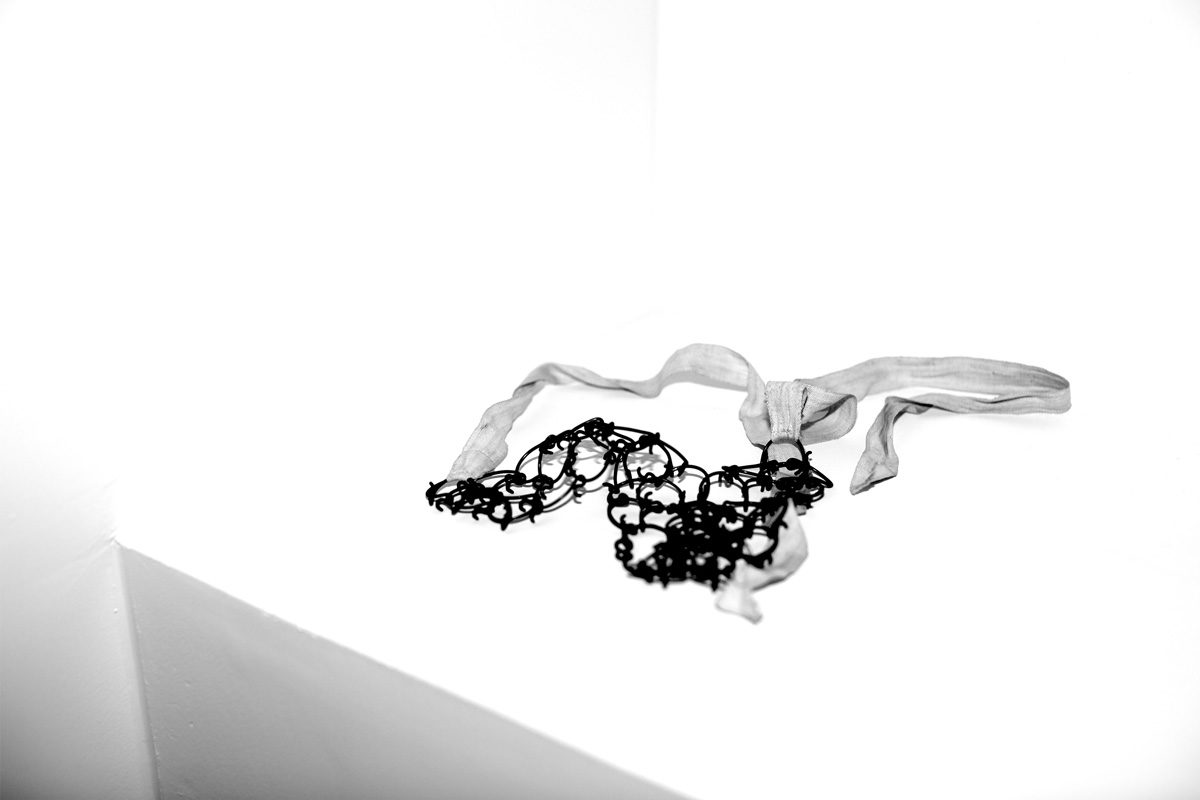 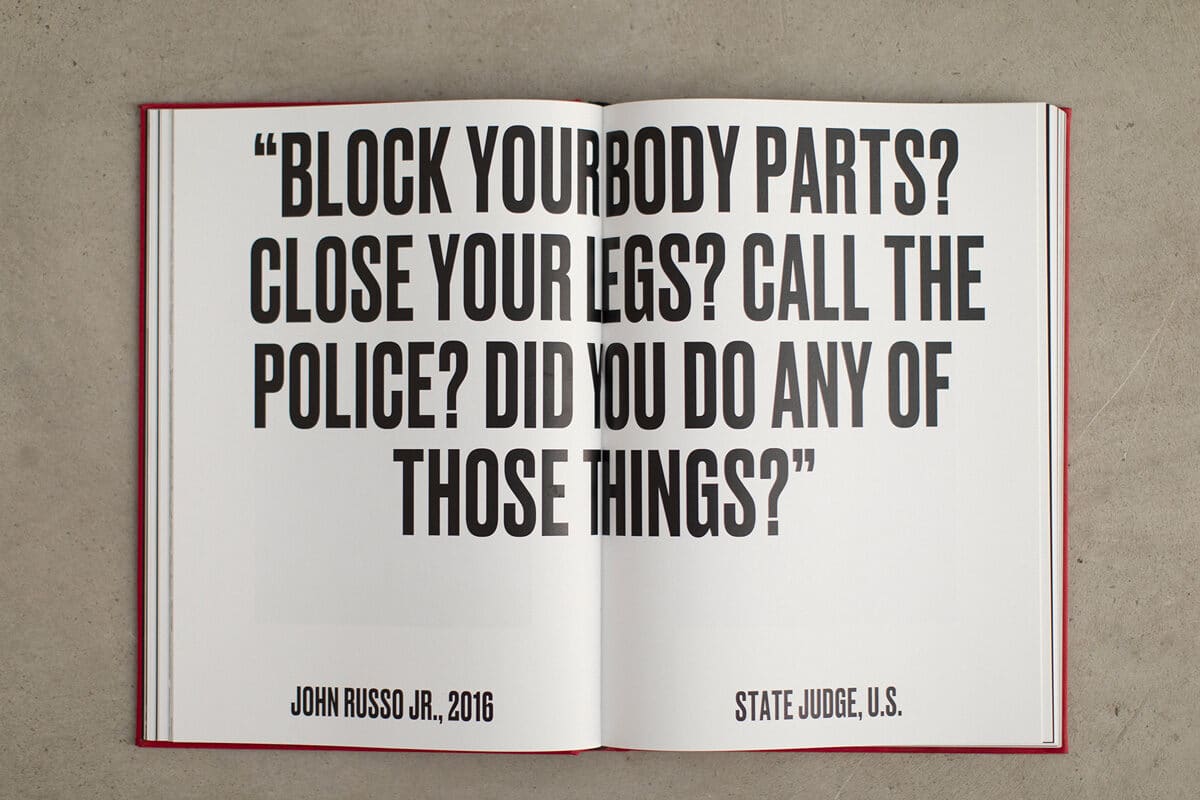