Here’s another record year for Alpine with registrations increasing by over 33%, with international growth growing strongly by 40%, with the A110 range successful and an already full order portfolio for 2023. The Alpine A110 R celebrates its 60th anniversary with the arrival of several limited series and its first Alpine E-ternity electric prototype.

The brand set a new sales record in 2022 with 3,546 registrations, an increase of 33% compared to 2021, while the total market¹ fell by 4.5%. This confirms the strong momentum of 2021, when the program Renaulution was announced and its reorganization completed. Top-of-the-range versions represent more than two-thirds of Alpine A110 sales, driven by the success of the limited series. The program Renaulution and Alpine’s restructuring increased vehicle sales from 1,527 registrations in 2020 to 3,546 in 2022, or +132%.

Alpine continues its expansion in Europe with the launch of the brand in two new countries, Slovenia and the Czech Republic, and with the opening of its first two points of sale on Reunion Island.

The Alpine network as a whole continues to expand, with 40 new outlets opening in 2022, bringing the total number of outlets worldwide to 140. Thus, at least 6 points of sale have been opened in France, 8 in Germany, 6 in Spain, 4 in Japan, as well as in the United Kingdom and Italy in 2022. This expansion will continue in 2023 with the opening of new sites and the arrival of new countries such as Morocco.

The emblematic A110 panics the counters

Although it celebrates its 60th anniversary this year, the A110 continues to reinvent itself, to the delight of brand enthusiasts. At least three limited series were launched in 2022 (A110 GT J. Rédélé, A110 Tour de Corse 75 and A110 R F. Alonso), all of which found takers in less than thirty minutes. The A110 R, the most radical model Alpine has ever built, was launched at the end of 2022 and orders are full for the next few months. 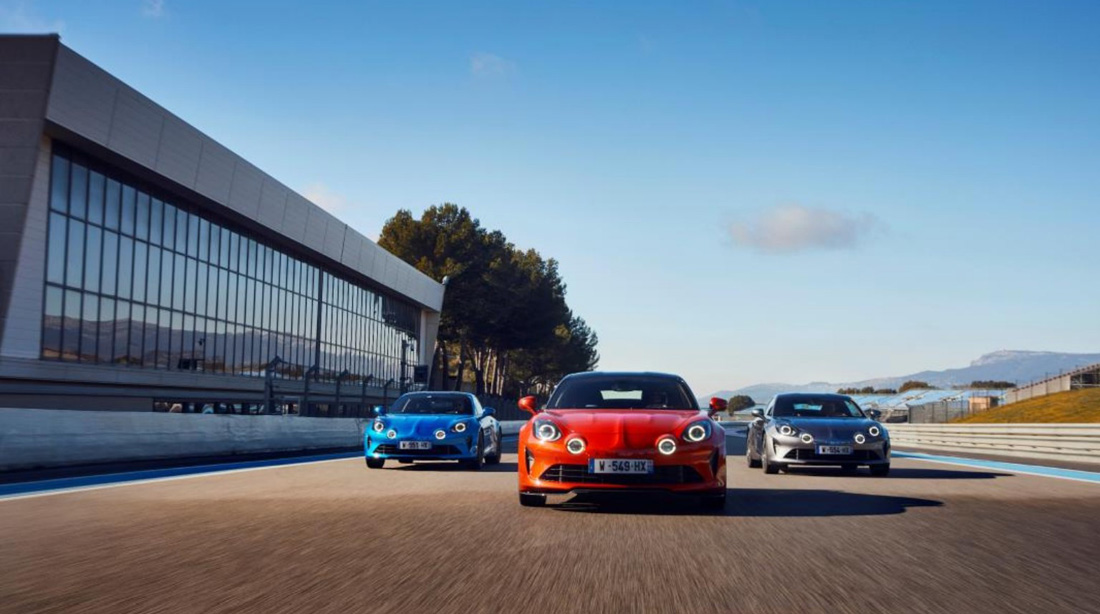 On the eve of the launch of the new 100% electric Alpine range, the A110 is also getting a makeover with the A110 E-ternité, an electric prototype that heralds the near future of the brand.

In motorsport, 2022 was also an exceptional year: fourth place in F1 in the Constructors’ World Championship, the first goal achieved, paves the way for new challenges in 2023, starting to approach the “head of the pack “. Of course not forgetting the victory in the rally and the place of vice-world champion in endurance.

Laurent Rossi, CEO of Alpine, said: “Alpine confirmed in 2022 the strong momentum that started in 2021, with new sales records and a brand that continues to grow worldwide. The momentum in the order portfolio allows us to maximize our production at the Manufacture Alpine Dieppe Jean Rédélé. Today, the future of the brand is being prepared with a 100% pure electric range and stronger ambitions for global growth. The transition has begun in a sustainable way and we must continue with this momentum to contribute to a rich, bright and sporting future. »

1 In the automotive markets where Alpine is located

Alpine registration figures for the year 2022

The first number indicates the volumes, the second is the difference compared to Y -1

Alpine, created in 1955 by Jean Rédélé, has established itself over the years with its French-style sports cars. In 2018, the brand launched the new A110, a sports car that is true to Alpine’s timeless principles in terms of compactness, lightness, agility and driving pleasure. In 2021, the Alpine Business Unit was created and became a Renault Group brand dedicated to innovative, authentic and exclusive sports cars, benefiting from the tradition and know-how of its historic factory in Dieppe, and the technical excellence of the teams. and Alpine Cars.