It’s the same with the sea of ​​books that go round and round, appearing in shop windows as Christmas approaches. It’s still necessary to distinguish the good from the not-so-good and not just embark on any literary journey. To help you out, here’s an iodized selection!

This new “Carène” is more than just a nice large format book to leave on the coffee table after a good meal. It is a true photographer’s book and a sea book, which can be leafed through like a visit to an exhibition and captivate any reader who is even slightly in love with beautiful hulls and salt water. As in any exhibition, the texts, well done by Christophe Agnus, are short but well felt and essential to understanding the images in their context. 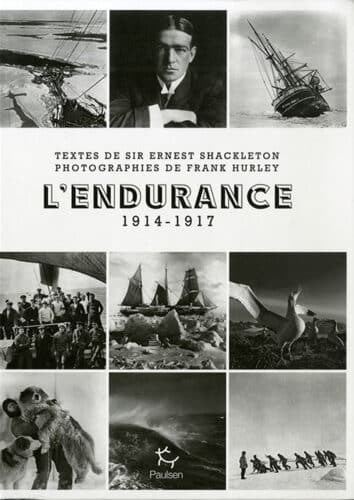 An important reissue for an important classic, even a true myth of polar literature! Except that the Endurance story is completely true. The expedition quickly went wrong, the boat inevitably stuck in the ice in the Weddel Sea abandoned by the crew in rowboats used as sleds… At its end
retreat properly, Shackleton will not lose a single man and himself will go to seek help in South Georgia in a boat decked with a miserable tarpaulin, in the middle of the southern ocean. Crazy, lunar, and yet true. And no less absurd than the conclusion, most of Ernest Shackleton’s men end up, after their return, in the mud of the Somme trenches. An important book. 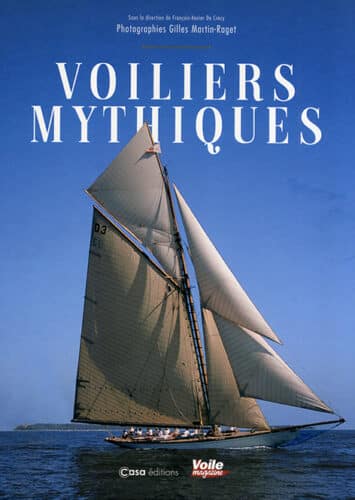 The practice of reviewing a book produced by Voile Magazine’s editorial staff is hard to say, but no one else can do it for us! The original idea was quite simple to offer an overview of the most beautiful boats in the world, with everything openly subjective in this anthology. The boats have become “mythical”, but the idea is the same. By responding to Gilles Martin-Raget, whose photo library covers
the widest range on the planet in sailing, in addition to the images of our usual photographers, we are sure not to miss any appointment, whether on Maxis or on racing boats, and even less on classic yachts. For authors, in addition to the writing staff, we have recruited knowledgeable journalists, such as Christophe Varène for classics or Olivier Péretié for racing. The idea is that connoisseurs have the pleasure of learning new anecdotes and lots of them, without neophytes getting lost in too specific a book. Tell us if we succeeded! Anyway, we had a lot of fun doing it. 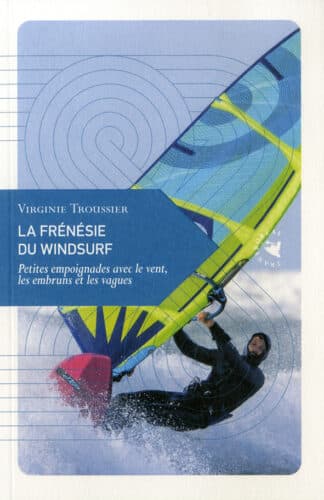 Attention, little literary gem! Same testimony of a windsurfer
initiated then swallowed up by a passion for the board, a philosophical and sensory essay, an atlas of spots and winds, an account of a sport experienced as nomadic asceticism, this unclassifiable little book, carefully published by Transboréal, is a pleasure. Written in a literary but unfussy language, it can be savored
more than it engulfs itself in the journey without returning to the land of the wind. It is about the vital energy and the violation of gravity, the dirty van and painful arms, but we also learned a lot about the history of this sport that opened the bodies of water to new generations of sailors in neoprene. A real favorite! 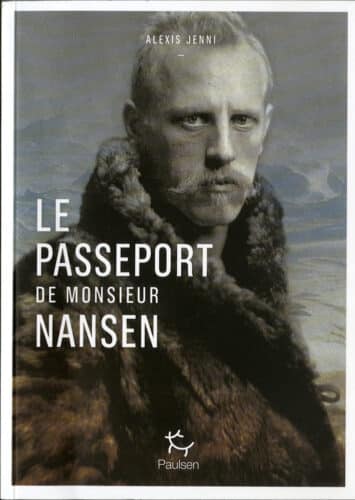 Alexis Jenni, Goncourt Prize in 2011 for The French Art of War, did not hesitate to put himself on stage, investigating the Norwegian polar explorer Fridtjof Nansen with his neighbor, somewhat like a Philippe Jaénada. In doing so, he introduces us to a little-known aspect of his long career when, in charge of a humanitarian mission to the League of Nations, he saved
tens of thousands of stateless Armenians, among other things, by giving them the famous “Nansen passport” that gave them status and allowed them to reach Europe.

Nansen’s great expeditions, especially that of Fram, were not neglected in all that. And from one adventure to another emerges the image of a serious but strange being, superhuman and yet fragile. That era revered its polar explorers, heroes ready to sacrifice everything to erase the last white parts of the planet. Written with great humor and sensitivity, this biography of Alexis Jenni reads like a novel. In a way it is one, and at best. 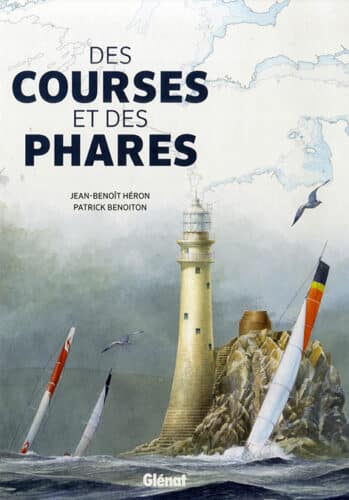 Offshore races told by lighthouses marking their course, the idea is clear! It was still necessary to have it, follow it and above all to achieve it with the necessary talent. Jean-Benoît Héron’s works wonders in terms of illustrations, with large spectacular, aerial boards, buildings sometimes peeled back to reveal hidden details and dozens of lighthouses in elevation. Not all of them were necessarily designed for this book, but who cares: the result is
beautiful, well served by a clear layout and quality editing. On the text side, we can trust Patrick Benoiton, a veteran of the nautical press, to master his classics and share them with joy.

The only criticism that can be made of him is that his texts speak more of races than of lighthouses, even if the two are closely related as in the case of the Fastnet Race, for example. In the end, the headlights are mainly present in the illustration. It doesn’t affect the graphic quality of the book, for that matter.
But by closing it, we have the frustrating feeling that the good idea of ​​leaving has not been treated thoroughly.

The End of the World Squadron 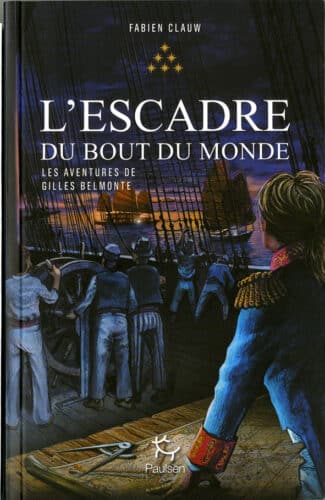 This is the sixth opus in the legend of Captain Gilles Belmonte, heroic officer of the revolutionary then imperial navy fighting against the English and his
own demons around the world since 2012. A good story and
also a great journey for its author, Fabien Clauw who, after the race of Figaro, the Viking rafts, the cruise school and the Atlantic tour, rushed to a successful literary adventure.

The fans, who are many now, know that there are two types of “Belmonte”: the historical ones, like the great Trafalgar la sanglante, volume five published last year, and the more novel ones. of adventure. L’Escadre du bout du monde is, in our view, the most successful in this second category. Perhaps because the author is gaining maturity, like his hero, and better and better mastering his art and his subject. The scenario is daring, the characters are well established, the English is treacherous at will… and the action leaves the reader no rest. Perfect for spending the Christmas holidays in good company! 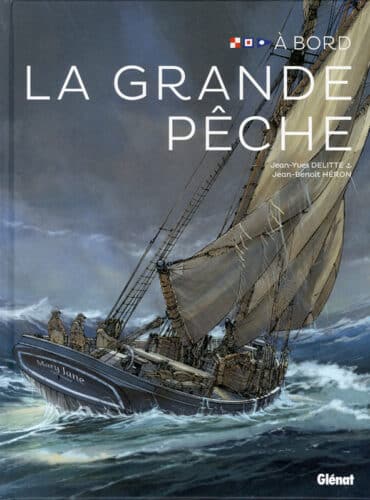 Two well-known signatures, two authors present in bookstores at the end of the year and, more surprisingly, two illustrators. As a result, one wonders who, Jean-Yves Delitte or Jean-Benoît Héron, wrote the well-documented and highly instructive texts that usefully complement the illustrations. The latter is absolutely remarkable and one is hardly surprised, knowing the maritime culture and the sense of detail of the same. Each in their own style, and this mixture of genres also helps to diversify and enrich the work graphically.

Very complete without being academic, artistic and didactic, this is a book to recommend and a really good idea for a gift for any reader who is even slightly attracted by maritime adventure and fishing. From medieval tide hunts to today’s factory ships, a wonderful saga… Be careful, the term “deep-sea fishing” is not limited to cod fishing, although it is at the center of the subject, but all major deep-sea fisheries are assigned to it, from herring to tuna and whales.